By now I think you all would have seen my finished wallet from the EZ Wrap Wallet Sew Along, how many of you noticed the purple patch that appeared after Day 4? 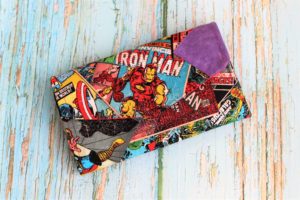 I had a little helper sitting on my lap (which isn’t unusual while I’m sewing, he likes to push the scissor button on the machine to cut the thread for me) and while I was cutting away my seam allowance after joining the outer to the card slots I accidentally cut into the corner of my outer. Normally I would have pulled it all apart and started again but because of the sew along I needed to get it finished. I unpicked just that corner, cut a purple patch big enough to cover it and put some vlisofix on the back of it to attach it to the outer and then sewed it in place. I then re attached the back to the outer and continued as normal. 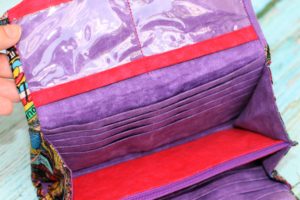 I would prefer it without the patch, but it does add some character. If you haven’t shared photos of your finished wallet already I would love to see them. You can share them in the Flosstyle Fair Group or the EZ Wrap Group. 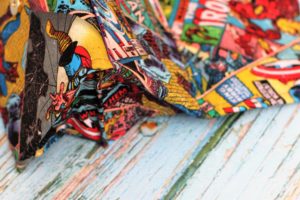 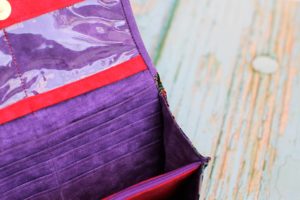 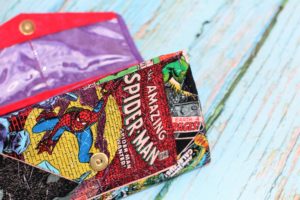