So initially I thought this weeks challenge was great for me because my son’s daycare are having are having a dress up day for Valentines Day. But after talking to him about what he would like dress up as he decided he would like to be a Valentines Super Hero, with a cape. Do you know what that looks like?? Because I was over here scratching my head for a quite awhile.

After some more chatting we decided on some Sprouts Twigs like the ones I made for Book Week last year but in red and a red cape to match.

I was already planning on making a Valentine’s Shirt after I saw something similar and the little monster approved it to be a part of his costume. The Ventura is perfect for iron on decals.

Here he is all dressed up and ready to go to daycare for the day.


This weeks Challenge: Sew a bathing suit or undergarment (Rejected)

It’s beginning to get too cold for swimming here so I decided to reject this weeks challenge and leave the swimmers until next summer. Instead I made some warm clothes for Mr 3.

I used the Sprouts Twigs Pattern for the pants and the still in development long sleeve version of the Ventura (the lite version is free with the code in the Flosstyle Fair Group on facebook). Mr 3 was most impressed he had a lion pocket on the shirt.

What have you sewn this week? I’d love to see.

This weeks Challenge: Something for an Animal (Rejected)

Instead of something for an animal I decided to sew something with animals on it. These cute little twigs are part of a gift for a friend having a baby soon. I have really enjoyed sewing lots of cute little baby things recently.

You can get the pattern here. 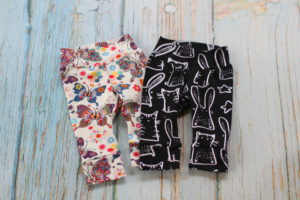 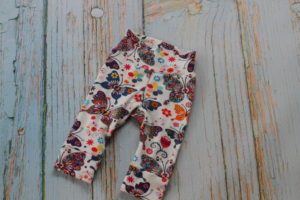 Have you been sewing up any Flosstyle lately? I’d love for you to share in the Flosstyle Fair Facebook Group, if you aren’t already a member you can join here.