An origins story unlike those you find in Hollywood! Flosstyle history starts in 2013 with a peasant dress…

The following excerpt is copied from The Organised Craft Den with permission.

42 may be the answer to life and the universe according to galaxy hitch-hikers, but it is also very meaningful to me.

Between March 2013 and February 2017 I spent 4 years designing, testing and publishing sewing patterns.

During that time I published 42 sewing patterns! That’s more than 10 per year or at one point I actually published 4 in the space of 4 weeks (they took months of prep, but were all ready around the same time).

My daughter was nick named Floss and it was sewing for her that got me into pattern making – hence the business name Flosstyle!

It all started in 2013 with a peasant dress for my baby girl when she was just a newborn.

First released was the PIPPY with more options than you could poke a stick at, later re-released as the PARADISE with just 3 options. 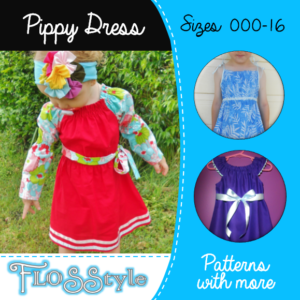 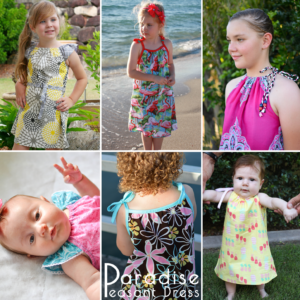 To continue reading, find the complete original blog post at: